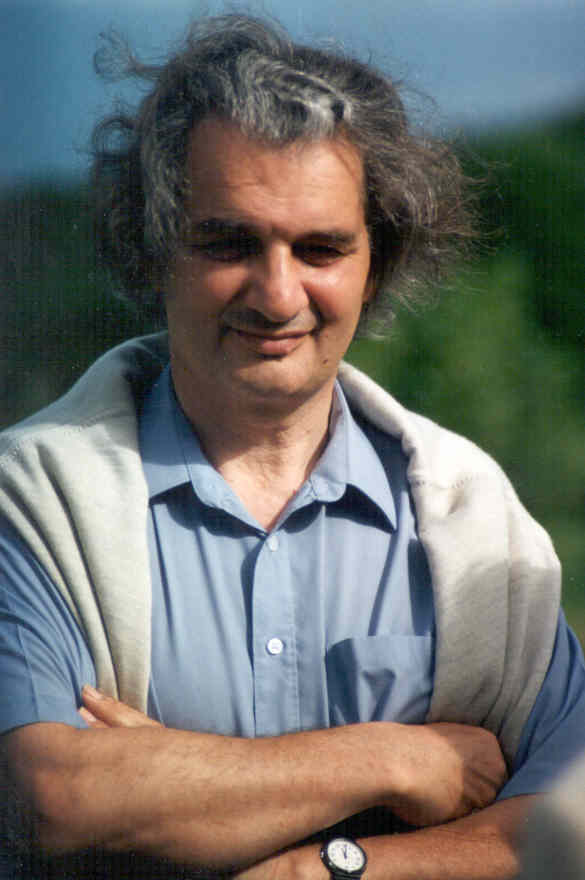 In Memory of Gerhard Lutz


Gerhard Lutz passed away on April 28, 2017 in Vienna. He was 77. We have lost a highly respected colleague, a dear friend, and mentor. He was also one of the founders of our company. For six decades Gerhard Lutz has driven research with passion, his clear intellect, inventiveness and deep understanding of physics. Moreover, in recent years he helped PNSensor and PNDetector to achieve their leading roles in the development of innovative semiconductor detectors.

Gerhard Lutz was born in Klagenfurt (Austria) on October 29, 1939. His scientific career started when he began studying physics at the Technische Universität in Vienna. He did his PhD on Coherent Bremsstrahlung and Pair Production on Diamond Crystals with Willibald Jentschke at the University of Hamburg. From 1967 – 1970 he was assistant professor at the Northeastern University in Boston. There he contributed significantly to a spectrometer experiment at Brookhaven National Laboratory, disproving "spectacular" results from the CERN Missing Mass Spectrometer.

After a stay at CERN as visiting scientist, he took up a position at the MPI für Physik (München) in 1972, which he held until 2004. As member of the CERN Munich Group he carried out precision measurements at CERN of the reaction π- p → π– π+ n with polarized protons. By allowing a model independent amplitude analysis, this became a milestone in understanding exclusive hadronic reactions.

For the study of hadronic charm production he developed together with Josef Kemmer and Robert Klanner the silicon microstrip detector using the planar technology. With this novel instrument he constructed the vertex telescope for the NA11 and NA32 experiments at the CERN Super Proton Synchrotron. The spatial accuracy of 5 µm and the reliable operation in the high intensity particle beam despite an enormous background, allowed the identification of charm particles, and the measurements of their lifetimes of few 10-13 seconds. This marked the beginning of this detector type's success story, which is today used in practically all particle physics experiments.

This success triggered outstanding scientists to work with Gerhard Lutz. Emilio Gatti and Pavel Rehak became frequent visitors, they had invented the silicon drift chamber, based on the principle of the sideward depletion. Together with the double sided silicon strip detector, for which Gerhard Lutz developed the first fully functional design, the silicon drift chamber became the first device with both surfaces processed. This enabled completely new and far more complex detector schemes, inspiring Gerhard Lutz to develop, for example, detector-integrated JFET amplifiers, drift detectors with a uniform entrance window, fully depleted pnCCDs, and the DEPFET amplifier-detector structure. A DEPFET variant with a non-destructive readout achieved an unprecedented low noise performance of 0.18 electrons (rms) near room temperature. Gerhard Lutz also developed the CMOS Amplifier and Multipexing Chip CAMEX together with Pier Francesco Manfredi and Werner Buttler.

Many experiments, also outside of particle physics, use Gerhard Lutz' discoveries. An example are pnCCDs delivering X-ray images from the universe aboard ESA's XMM-Newton satellite. Drift detectors are working in the X-ray spectrometers of NASA's Mars Exploration Rovers Opportunity and Spirit. The Linear Coherent Light Source at SLAC, as well as XFEL and FLASH at Desy in Hamburg, also use pnCCDs as X-ray imaging spectrometers. Next year DEPFET matrices will start for the planet Mercury with ESA's BepiColombo Mission. Tens of thousands of industrial systems use silicon drift detectors for X-ray fluorescence and micro analysis applications.

In 1990 Gerhard Lutz, together with Lothar Strüder prepared the ground for founding the Max-Plank-Institut Halbleiterlabor, and remained its co-director until 2004. He also became founder of the company PNSensor in 2002, and PNDetector in 2007. Until his death he contributed with inexhaustible creativity and with his guidance to the success of both companies.

The work of Gerhard Lutz has been recognized through the 1965 Röntgen-Preis der Justus-Liebig-Universität Giessen. 2011 he received the Radiation Instrumentation Outstanding Achievement Award of the IEEE Nuclear and Plasma Sciences Society, and 2017 the High Energy and Particle Physics Prize of the European Physical Society. He also holds numerous patents for detector and readout concepts. His book Semiconductor Radiation Detectors became a standard work for this field. It also impressively demonstrates his in-depth understanding, extensive knowledge, and his high scientific demands.

We, who are fortunate enough to have worked with Gerhard Lutz, appreciated his peaceful nature, his competence, critical approach, analytical skills, and humor. His original and not seldom unconventional ideas have become an inestimable source of inspiration, not least for young scientists.

We are very grateful for the many enjoyable and successful years with Gerhard, and for his friendship.